King went up against the system, he advocated civil disobedience, non cooperation even when facing the cops. He even recognized that he could not condemn the rebellions in the ghettos of America without first condemning the violence of the American government, who he called “the greatest purveyors of violence on the earth”. They want to water his image down to where it means nothing. We have to reclaim his image and portray him as the lion he is. 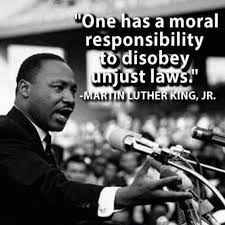 Image and ownership of image are a trip. Especially on Martin Luther King Day. What is Dr. King’s image, vs. w

hat he really represented in his life? If we are to believe the dominant institutions, we may think that his main contribution was reconciling with white people or turning the other cheek. Local communities organize a day of service in his name. I want to remember a different King. Not the sanitized, santa claused, market driven version of King. Martin told us that an unjust law is no law at all, he criticized our system as approaching spiritual death for spending more money on war than uplifting the people, he spoke against imperialism and white supremacy, even connected our struggle here at home to the world struggle. Martin fought for justice, he gave the greatest sacrifice one could give for the movement and sacrificed every day until he was cut down prematurely.

King was no chump. He stood on his principles like no one else i know of. He went to jail, he was stabbed in the chest, his home was blown up, he was slandered in the public and he never budged and it killed him in the end. What sacrifice, what courage. What a savage American government that murdered him. If King’s death teaches us anything, it is that this system has no regard for freedom, justice or equality. We are appealing to a system for justice and freedom that waged a war on freedom fighters. We cannot appeal to a system for justice if it is diametrically opposed to it at its very core.

The Laundering of King’s Image

I never once heard King advise people to plant gardens or pick up trash. Those things are great, but to honor Martin Luther King with a day of service is laughable. King went up against the system, he advocated civil disobedience, non cooperation even when facing the cops. He even recognized that he could not condemn the rebellions in the ghettos of America without first condemning the violence of the American government, who he called “the greatest purveyors of violence on the earth”.  They want to water his image down to where it means nothing. We have to reclaim his image and portray him as the lion he is. He wouldn’t be asking us to clean up or to provide free labor. He would be more likely to ask us to organize and fight for justice.

School children recite his words, but why do they never learn anything he wrote after 1965? Why do they not read “Beyond Vietnam” where King eviscerates the actions of this system at home and abroad, or his criticism of capitalism and materialism. Students are only allowed carefully picked excerpts from the ‘63, March on Washington, which is a piece of poetry as well as a call to action and maybe “Letter from a Birmingham Jail” in high school.

These place King squarely in the civil rights box. He was bigger than that. He challenged the legitimacy of America’s foreign policy, economic system and fundamental values. Thanks to people like Dr. King, we have evolved to the point where we can all agree that basic civil rights should be accorded to all people. However, questions of war and peace, criticism of capitalism, and condemnation of America’s values as a nation are not so neatly agreed upon. A national figure like King calling them into question may influence students to ponder those questions themselves. They can’t give us the real King, he is too inspiring, too willing to put it all on the line again and again, too willing to face death, too unwilling to quit.

Students know Martin, not as a rebel, but as a cartoonish, smiling Santa Claus like figure that made some speeches and convinced white people to free black people. They know nothing of his more radical analyses or the danger he looked in the face until it ultimately claimed his life. They are unaware of the lengths the FBI went to track and discredit him or even how much of the youth and the media who once adored him, turned on him in his last days.

Let us not forget that it was this system that killed Dr. King. The US government was implicated as being involved in his murder in a civil trial in 1999. The King family does not even believe that James Earl Ray was guilty of killing Martin Luther King. His murder was part of a larger plan to dismantle the movement and stop its fractured parts from coalescing under the leadership of a “Black Messiah”. For a time, King was considered to be the most dangerous man in America, that possible messiah. This places American democracy as an institution squarely antithetical to Dr. Martin Luther King and what he represented.

If King is the dreamer, America is the dream killer. King was no fulfillment or representative of American Values, he was an opponent of them and every effort to wrap Martin Luther King in red, white and blue is a lie. Every attempt to water him down to four words, “I have a dream” or  pretending to honor him by divorcing him from the very principles he stood for, a blatant hypocrisy. Though he fits right in the pantheon of American dissent, he belongs to the people, even when we overlooked his contributions and we must fight to keep him from being coopted by his enemies.

fascist narrative is that traditional values are under attack and need to be restored… public education is one of the main battlegrounds in the so called ‘culture war’ to ‘Make America great again’. 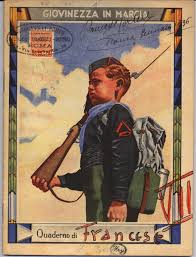 The Spectre of Fascism

“Fascism is capitalism in decay”, said Lenin. We’ve seen this before. When the traditional capitalist system is failing, there are cracks within the ruling class, and its accompanying political structures are in turmoil, a section of that class backs a strongman for its own protection. These strongmen have a populist appeal, yet they are married to the interests of big business. They do not always come to power by coup d’etat or machine gun politics. The potential for fascism is built into the capitalist system itself. Adolf Hitler, fascism’s poster boy was elected as chancellor of Germany in 1933.

Today, we see all these pieces of fascism coming together with the election of Donald Trump. This does not necessarily mean that death camps and forced labor are next, but we should be prepared for what is to come. It is pretty clear that among other things, the traditional fascist xenophobia, expansion police power, dismantling of unions and accompanying corporatism will be accelerated based on his rhetoric and his cabinet full of corporate pirates and gangsters. How will this affect our jobs and our students? END_OF_DOCUMENT_TOKEN_TO_BE_REPLACED